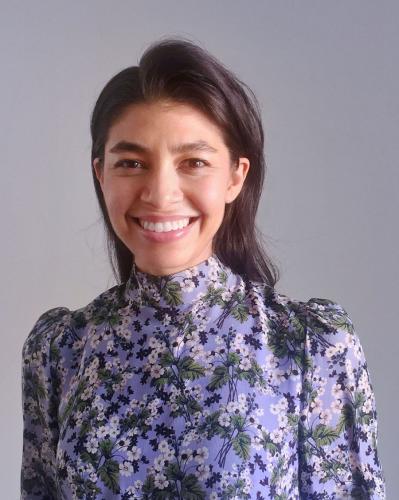 Art patrons and community members will have an opportunity to participate in a “juror’s chat” session with Corral at 5 p.m. Friday, April 8, to be followed by an opening reception from 6 to 8 p.m.

Texas National features an assortment of art from various media, according to Erik Ordaz, exhibition coordinator for Cole Art Center. Prizes will be awarded for first, second and third and  best in show at the juror’s discretion.

The School of Art’s annual juried competition and exhibition attracts entrants from across the United States, providing artists an opportunity to have their work juried by highly acclaimed curators, artists and critics, such as Corral, according to Ordaz. Corral’s work focuses on installation, performance and sculpture. Subjects for her own artwork are framed by human rights abuses, memory and erased historical narratives, according to her website at adrianacorral.com.

Corral’s conceptual, research-based practice often takes her to work across international borders where she mines state and national archives for primary documents and engages historians, anthropologists, journalists, gender scholars, human rights attorneys and victims’ families for information that materialize in her performances, sculptures and installations. Rooted by her experiences from her birthplace of El Paso, Corral examines the nuances of immigration, citizenship, economic trade, labor, public health and policies from a local to national and international levels.

Corral received her M.F.A. from the University of Texas at Austin and completed her B.F.A. at the University of Texas at El Paso. Some of her accomplishments include a Harpo Foundation Award, Artadia Award, an invitation to attend the 106th session of the Working Group on Enforced and Involuntary Disappearances at the United Nations in Geneva, Switzerland, and selection for the Joan Mitchell Foundation Emerging Artist Grant. Corral has attended a McDowell Residency and Künstlerhaus Bethanien Residency in Berlin, Germany, and was International Artist-in-Residence at Artpace. She was a fellow at Black Cube, a Nomadic Art Museum, an artist research fellow at the Archives of American Art and History at the Smithsonian Institution, an Artist-in-Residence at the Joan Mitchell Center and a participant in “Prospect 5 New Orleans: Yesterday we said Tomorrow.”

As an instructor at the Rhode Island School of Design, it is Corral’s mission to create an active and stimulating learning environment where students from diverse backgrounds are able to substantially develop their artistic practice and knowledge within the arts. She encourages students to consistently evaluate their practice and also learn to trust their creative instincts.

Exhibitions and receptions are free and open to the public. Sponsors are SFA Friends of the Visual Arts and William Arscott.