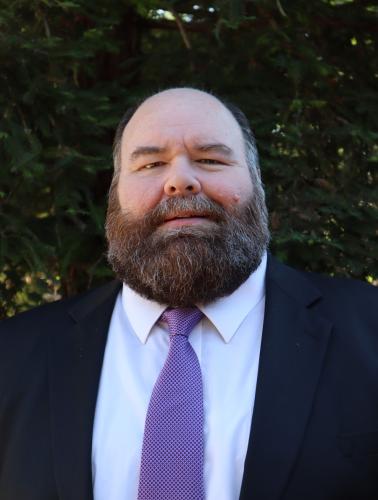 With 17 years of experience working in higher education, Knepp comes to Nacogdoches from California State University, Bakersfield, where he serves as professor and in various leadership roles, including chair of the Department of Modern Languages and Literatures, co-director of the Center for Social Justice, and chair of the Department Chairs Leadership Council.

“I am humbled to be selected to serve as the next dean of the College of Liberal and Applied Arts,” Knepp said. “I am honored to represent the incredible faculty and staff of the college, and I look forward to being on campus as we welcome back our current and new Lumberjacks in the fall. As dean, I will support faculty and staff as we serve our great Lumberjack students and will also work to support our communities, which is one of the great privileges and responsibilities we have at the university.”

Knepp is no stranger to SFA or Nacogdoches. With family roots dating back many generations in East Texas and Western Louisiana, Knepp has a long history with the area. He first visited Nacogdoches as a child when traveling through town to spend time with relatives in Chireno and has had family members who attended SFA.

“I was and am interested in being a part of SFA because of the great impact the university has on the lives of individuals throughout the region,” Knepp said. “I don’t have any superpowers, but I do like working with people. The university, or any institution, is meaningless without people. As a Spanish speaker who has embraced multiculturalism as part of my academic and personal life, I look forward to broadening SFA’s reach to diverse communities. As we look to extend the reach of our campus, we will even better serve East Texas and the broader region.”

Knepp has been chair of the Department of Modern Languages and Literatures since fall 2016. In that time, he has led the transition from a quarter to semester system and prepared a curriculum overhaul, including a restructure of Spanish bachelor’s and master’s programs, created separate paths of study for heritage and nonheritage Spanish speakers, and added five new language offerings. Knepp also secured over $422,000 in funding from internal and external sources.

"I am very excited about Dr. Knepp joining us as he brings a wealth of community engagement experience, in particular through his leadership role at the CSUB Center for Social Justice," said Dr. Lorenzo Smith, provost and executive vice president of academic affairs. "His fluency in Spanish and experience directing Spanish-language children’s plays highlights multiple synergistic opportunities both within and across college boundaries."

With an academic focus on Latin American and Latino Studies, Knepp has written numerous peer-reviewed articles and is progressing on his book, “Unwrapping Tradition: Exploring the Cultural Significance of Tamales and Mexican Foodways in Texas.” Knepp has also contributed and narrated a slew of short documentaries and directed student productions in Spanish.

Prior to his time at CSUB, Knepp was an assistant professor and program director of the Latin American and Latino Studies minor at the University of Central Arkansas, as well as adjunct professor in the St. Edward’s University languages department.

Knepp and his wife, Jessica, have five children.