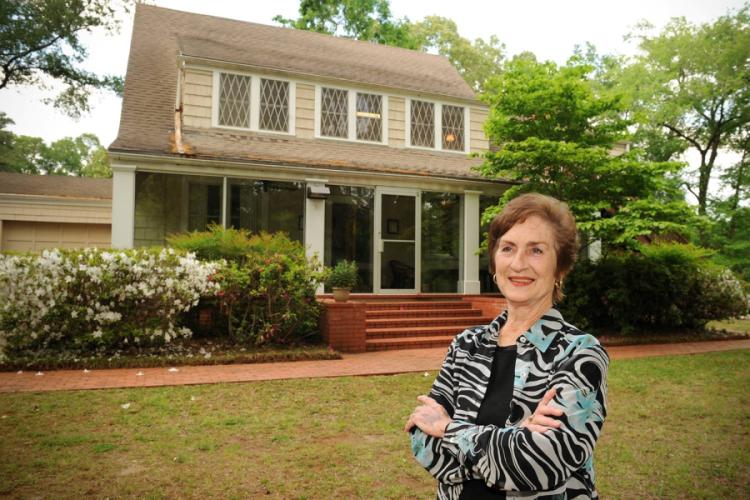 The Patricia A. Barnett Fund commemorates the service of the late Pat Barnett as director of the Music Preparatory Division at SFA from 1999 through 2019.


NACOGDOCHES, Texas – An endowment honoring the late Pat Barnett has been established at Stephen F. Austin State University by her son, Barry Barnett, to recognize the many contributions she made to the university’s Music Preparatory Division in the School of Music.

The Patricia A. Barnett Fund commemorates her service as director of Music Prep from 1999 through 2019, during which time a number of advancements were made to the program’s mission, including moving into what is now known as the Music Prep House and the creation of new educational opportunities for young musicians.

“Mom was very proud of the university for making its wealth of musical talent available to teach young students through the Music Prep program,” Barry Barnett said. “She loved seeing the kids develop skill and confidence. She thought there was magic at the Prep House, and we hope many others will join us in helping sustain and extend Music Prep’s important mission.”

“For 20 years, Pat was extremely committed to the program’s instructors and students,” said current Director Alba Madrid. “She took the time to know each student and their families on a personal level, made everyone feel welcome and attended every student’s recital.

“During Pat’s tenure, the Kindermusik and SFA Children’s Chorus were made available to our community, and both of them continue to be extremely successful today,” Madrid said. “The Children’s Chorus was featured at the National Guild for Community Arts Education tour at Walt Disney World in 2013. Also during her time as director, the Music Preparatory Division became a part of the National Guild for Community Arts Education.”

The university’s decision to house Music Prep in the former “Bomar House” at 3028 Raguet Street, “enhanced the program, giving it more strength and identity within our community,” she added.

The endowment was created as an “open fund,” meaning supporters of the program can make additional contributions at any time through the SFA Foundation, Inc. at https://forms.sfasu.edu/giving/onlinegift.asp. A donor may click on “Other,” enter an amount to donate, and type Patricia A. Barnett Fund in the “Special Instruction” window. Donors may also mail a check, payable to the SFASU Foundation, to the following address:

For additional information about making donations to SFA, contact a development officer at (936) 468-5406.