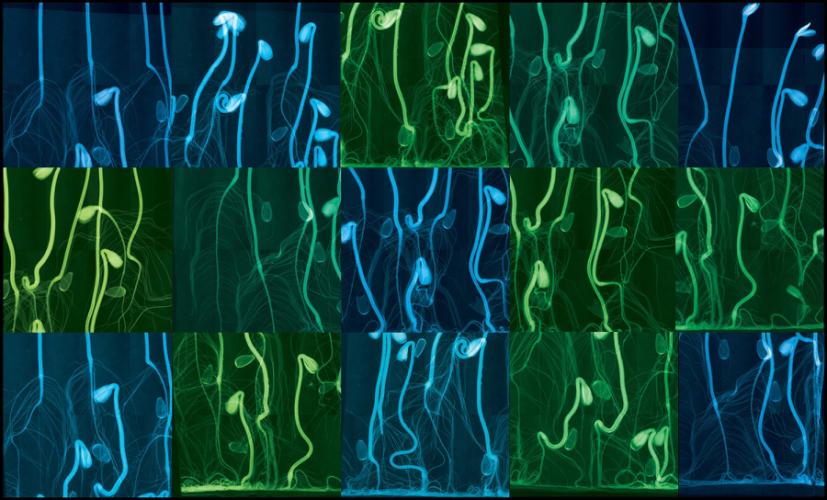 "Sunflowers" is a lenticular photograph which appears to change as a viewer's perspective moves. It is part of Dornith Doherty's project “Archiving Eden” and is on exhibit at The Cole Art Center through March.


NACOGDOCHES, Texas – Dornith Doherty, 2016 Texas State Artist - 2D and 2012 Guggenheim Foundation Fellow, will visit the Stephen F. Austin State University School of Art on Thursday, Feb. 3. As part of her visit, Doherty will offer a public lecture on her work bridging art and science at 5 p.m. that day in the Lower Art Building, Room 106. The lecture is open to the public free of charge, and masks are strongly encouraged.

Doherty works with photography, video and scientific imaging to visualize the questions that are often left invisible when considering human entanglement in changing environments. Her project “Archiving Eden,” which documents and explores the collections of seed storage facilities around the world using both traditional photographs and x-ray images, was published in book form in 2017. Her current project, “Atlas of the Invisible,” incorporates images of migratory bird feathers and insect wings made with a scanning electron microscope to better understand the earth’s atmosphere. Selections of Doherty’s work are on view as part of an invitational exhibit, “Respire,” showing Jan. 25 through March 20 at The Cole Art Center @ The Old Opera House, 329 E. Main St., SFA’s art gallery in downtown Nacogdoches.