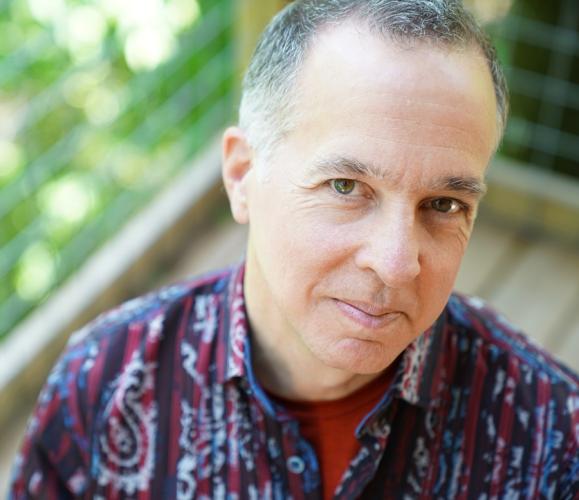 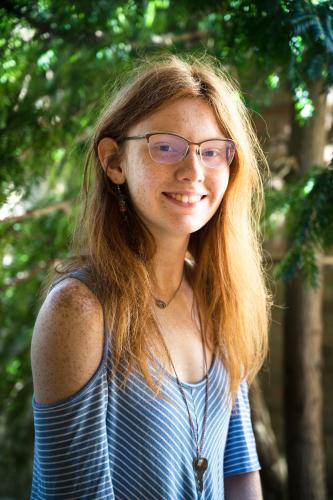 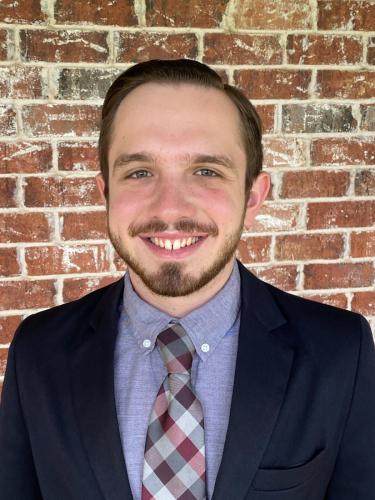 Kaden Harman, recipient of the Dean’s Circle Award in Music 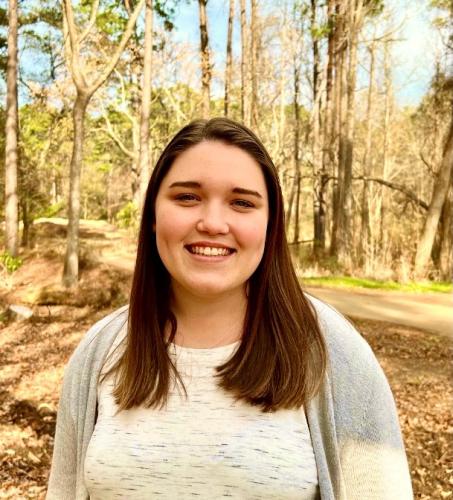 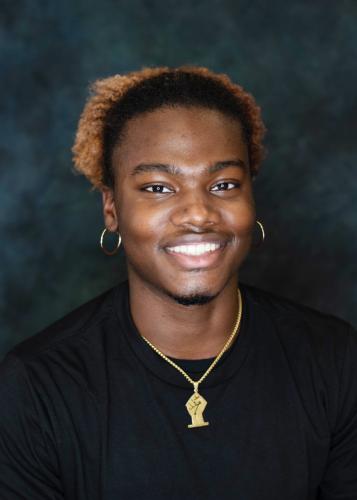 Daun Whaley, recipient of the George and Peggy Schmidbauer Dean’s Award in Theatre 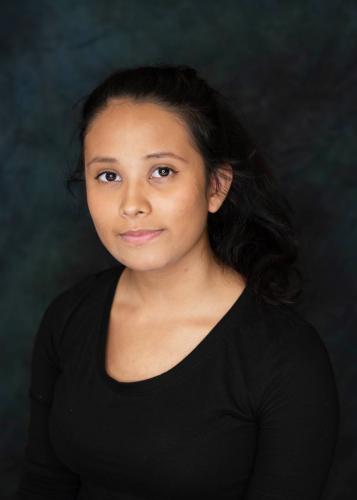 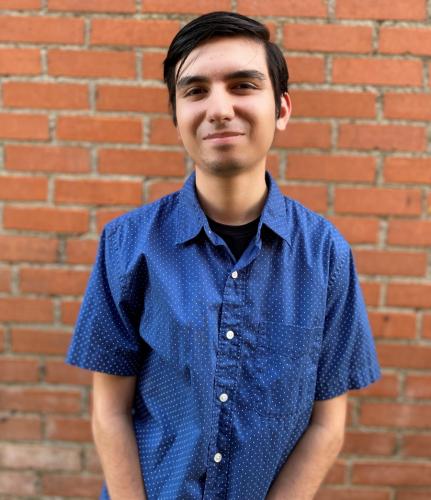 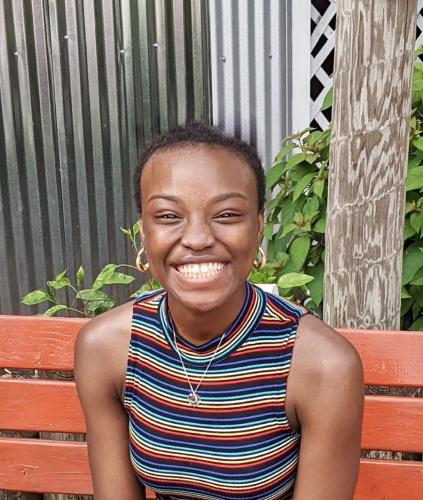 
NACOGDOCHES, Texas – The Micky Elliott College of Fine Arts Dean’s Circle at Stephen F. Austin State University will recognize seven students and the newest recipient of the endowed fine arts professorship during the presentation of the annual Dean’s Awards at 5:30 p.m. Tuesday, April 26, at The Cole Art Center @ The Old Opera House in downtown Nacogdoches.

“The Dean’s Awards were established in order to recognize students who are seen as models of excellence among their peers in terms of their academic accomplishments, artistic achievement and leadership qualities,” Wurtz said. “What I love most about these particular awards is that the students do not apply for them. They are nominated and selected by the faculty, and then informed that they have been named the recipients, and the news is usually a complete surprise to them.”

The awards were established by the Dean’s Circle, an external support organization of community members founded in 2008 and dedicated, in part, to nurturing potential young artists within the College of Fine Arts, Wurtz explained.

Additionally this year, a distinguished panel of senior fine arts faculty members selected School of Music Professor Dr. Stephen Lias to receive the Dean’s Circle Endowed Professorship for a three-year term. The Dean’s Circle created the award in 2016 to recognize and honor those who embody the qualities of the ideal professor that characterize all SFA fine arts faculty members.

Professor of composition in the School of Music, Lias’ works are performed throughout the world by soloists and ensembles, including the Anchorage Symphony, Sybarite 5, The Athens Philharmonia, the Rochester Philharmonic, the Arianna Quartet, the Ensamble de Trompetas Simón Bolívar, the Boulder Philharmonic, American Wild Ensemble and the Chamber Orchestra Kremlin. His works are distributed worldwide by the Theodore Presser Company and appear on compact discs from multiple labels. He has served as artist-in-residence at Rocky Mountain, Glacier, Denali, Glacier Bay, and Gates of the Arctic national parks, and he has written a significant collection of pieces inspired by wilderness and outdoor pursuits. His music has been presented at Carnegie Hall, the Kennedy Center, and on Public Radio’s Performance Today. He is the founder and leader of “Composing in the Wilderness,” a summer program for composers offered jointly by the Fairbanks Summer Arts Festival and Alaska Geographic.

New, who will receive the Ed and Gwen Cole Memorial Dean’s Award in Art, is a junior from Dallas, Texas, majoring in photography. Her love for the art form began in middle school through participation in mini photo contests and projects through 4-H. She took her first photo class in high school, and from there her love for photography has continued to grow. Jessica's favorite photography genres include still life, macro and portrait photography. She has also recently begun experimenting with (and enjoying) self-portraiture. She has completed three photography series and will continue to do senior photos for her friends. Since coming to SFA, she has been a member of SFA's Art Alliance, experiencing other art mediums and projects. She is the club's current president and is working on the organization of this year's Spring Show for the School of Art. She has continuously made the Dean's and President's List since her first semester, and she looks forward to her B.F.A show coming up next spring.

Harman, an undergraduate at SFA pursuing a bachelor’s degree in piano performance, is a Nacogdoches native who graduated high school from Regents Academy. He will receive the Dean’s Circle Award in Music. Kaden studied piano in the SFA Music Preparatory Division, where he now serves as both a piano instructor and an accompanist for the SFA Suzuki Violinists and strings studios. He has studied piano primarily with Dr. Ping-Ting Lan. Additionally, Kaden has studied collaborative piano with Dr. Ron Petti. Kaden was awarded several scholarships through the School of Music, including the SFA Keyboard Scholarship, The Mamie Middlebrook Music Scholarship, the John Dickson Music Scholarship, and the Shirley Watterston Accompanying Scholarship. During his time at SFA, Kaden has collaborated with many vocalists and instrumentalists, as well as performed with graduate choirs and the SFA Symphony Orchestra. Kaden taught private piano lessons beginning his junior year of high school. He is also active in the worship ministry and is pianist at Calvary Baptist Church. After graduation, he plans to pursue a master’s degree in either collaborative piano or piano pedagogy.

Harry, who will receive the Dr. Robert G. Sidnell Memorial Dean’s Award in Music Education, is a junior music education major from Mansfield, Texas, with a vocal/choral emphasis. She is a voice student of Nita Hudson. Marissa is currently serving as an officer of the university’s A Cappella Choir and has been an active member in the ensemble for two years. Marissa has participated in both the fall and spring Opera Workshops. In addition to her studies, Marissa is a theory tutor, coaching undergraduate and graduate students of all levels in both aural skills and theory. Outside of the School of Music, Marissa serves as the worship leader for Delight Ministries, where she has served for four semesters. Marissa would like to thank Nita Hudson, Dr. Michael Murphy, Dr. Tod Fish and all of SFA’s vocal faculty for their constant support and giving her the environment to strive for her goals. After graduation, Marissa hopes to earn her master’s degree in choral conducting.

Whaley, is a junior from Texarkana, Texas, pursuing a Bachelor of Arts degree in theatre with a focus on acting and directing and a minor in psychology. He will receive the George and Peggy Schmidbauer Dean’s Award in Theatre. Upon transferring to SFA from Texas A&M University Texarkana, he has participated in several SFA productions including acting in Mainstage plays "Bootycandy" and "The Taming of the Shrew," working as sound board operator for "Ajax in Iraq," and working as light board operator for the student-directed production of "In Shakespeare and the Bible." Along with performing in stage productions, Daun is the historian for the Multicultural Ensemble, an organization dedicated to promoting diversity and inclusion in theater, and a member of Room For Improvement, School of Theatre's improvisation troupe. He has competed in the Kennedy Center American College Theatre Festival as a part of "Bootycandy" and as an Irene Ryan Acting Scholarship nominee.

Maldonado, who will receive the John N. and Margaret Staley Scholarship in Fine Arts, is a sophomore from Katy working toward earning a Bachelor of Fine Arts in acting and directing. Astrid made her stage debut at SFA in fall 2020 in the play “Dog Sees God.” She was cast in the 2021-22 SFA Mainstage Series productions of “Ajax in Iraq” and “Our Town.” She has been selected vice president of Alpha Phi Omega, the national theatre honor society, and will serve in that capacity in her junior year. She has been nominated for the Irene Ryan Scholarship competition as part of the Kennedy Center American College Theatre Festival. She looks forward to continuing her career and working hard toward achieving her goal to become a professional actor.

Silvas, who will receive the Ruth Buzzi Honorary Dean’s Award in Filmmaking, is a graduate student from Cleveland, Texas, specializing in directing films. He began school at SFA as an undergraduate in 2016 and graduated with a B.F.A. degree with a concentration in filmmaking in 2020. Soon after, he attended graduate school at SFA beginning in 2021 working toward an M.F.A. degree with a concentration in filmmaking. He has worked on many student films, including three of SFA’s summer features. His current graduate short film, “Sloppy Joe,” which he wrote, directed and edited, is planned to be distributed to film festivals. Armando is scheduled to write and direct the 2023 summer feature. Armando is also a graduate assistant under the tutelage of William Arscott, head of the filmmaking department. After graduation, Armando plans to pursue a career in color correction while also teaching filmmaking.

Riley, who will receive the first A.C. “Buddy” Himes Dean’s Award in Fine Arts, established by Fine Arts Dean Emeritus Himes, is a junior Sound Recording Technology major at SFA. Originally from Austin, she aspires to work as a studio musician and producer in the music industry. Her love for music started in middle school when she attended several solo and ensemble competitions. However, Aiyanna's breakthrough came when she was invited to sing her high school graduation song. Aiyanna received the National Association of Music Merchants President Innovation Award, which honors college students who demonstrate excellence in the field of music and are pursuing careers in music. As a result, she will travel to Anaheim, California, to meet and network with individuals in the audio and music industry. Since her time at SFA, she has participated in on-campus organizations, such as the Purple Pitches a cappella group and Big Jacks. When she is not on campus, Aiyanna spends her time teaching private vocal lessons and photography lessons at the Boys & Girls Clubs of Deep East Texas.

The student awards are made possible because the Dean’s Circle believes in investing in the future, and members are willing to contribute and raise the money needed to fund these individual awards each year, Wurtz said. For more information about the Dean’s Circle, contact Wurtz at gwurtz@sfasu.edu or (936) 468-2801.