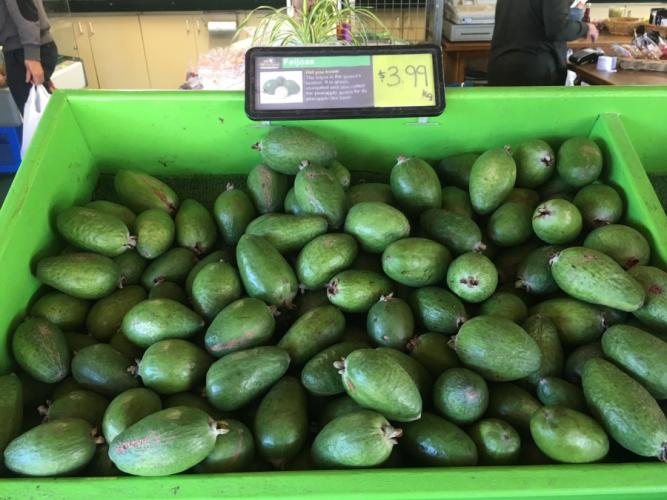 
NACOGDOCHES, Texas — SFA Gardens recently received grant support from the U.S. Department of Agriculture’s Agricultural Marketing Service to investigate the potential of pineapple guava as a new, low-input fruit and ornamental crop for production in Texas.

The project, funded through 2024, is a collaborative effort between SFA Gardens and Dr. Tim Hartmann, Texas AgriLife extension specialist based in College Station.

“Pineapple guava has been grown in Texas for many years as an ornamental,” said Dr. David Creech, director of SFA Gardens. “This project will evaluate the performance of over 20 cultivars, several of which are new to the United States.”

Pineapple guava, also known as feijoa, is native to South America and produces edible flowers that develop into oval-shaped fruits with a blue-green skin and a flavor often described as a combination of pineapple and spearmint or apple and mint. Creech explained that under the right conditions, fruits can grow up to 3 inches or larger.

Because the fruits easily bruise and are difficult to ship, they are typically consumed in local or regional markets.

In addition to the team’s investigation into the tree’s production potential, propagation strategies to multiply the plants also will be investigated.

Creech and Hartmann previously collaborated on a similar project to evaluate golden kiwifruit production in Texas, which continues to show promise.