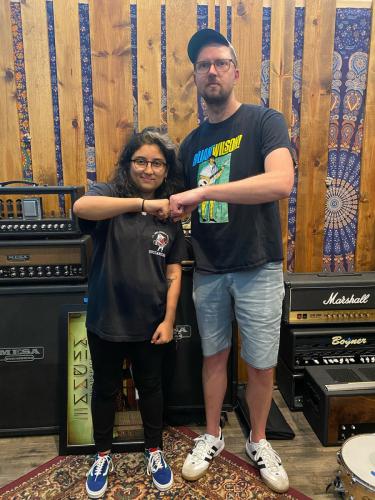 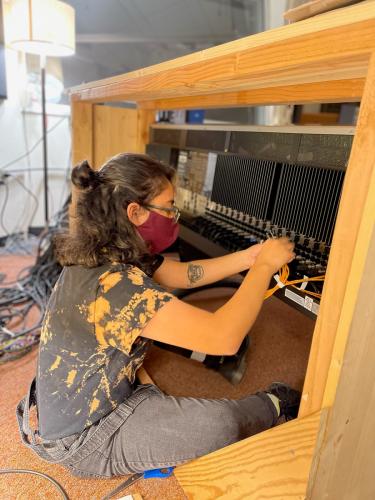 Andrea Pacas connects outboard gear to the SSL console during the SFA SRT student’s  internship at Interlace Audio in Portland, Oregon, this past summer. 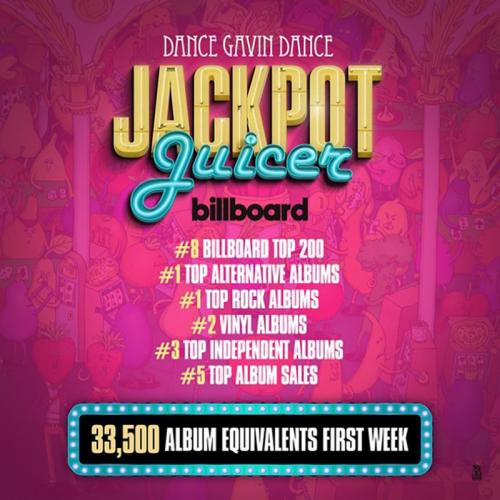 Pacas received mixing assistant credit on Dance Gavin Dance’s “Jackpot Juicer,” currently Billboard’s No. 8 album in the Top 200 and No. 3 on the UK rock and metal charts.


NACOGDOCHES, Texas – A dream internship for a Sound Recording Technology student at Stephen F. Austin State University led Andrea Pacas to work this past summer with a producer and band she greatly admired, and the experience put her one step closer to the goal of one day owning her own recording studio.

A senior from Tyler who is on track to graduate from SFA in December 2022, Pacas received mixing assistant credit on what is currently Billboard’s No. 8 album in the Top 200 and No. 3 on the UK rock and metal charts.

The album “Jackpot Juicer” by Dance Gavin Dance is the band’s 10th LP with an impressive 18-song tracklist, according to Pacas. The band consists of founding members Will Swan (guitar) and Matt Mingus (drums). Along the way, they’ve picked up vocalists Tilian Pearson (clean) and Jon Mess (harsh). A featured performer, and possibly the newest member of the band, Andrew Wells (guitar and vocals) contributed to many songs on the album. This album also memorializes Tim Feerick (bass), who passed away in April. The internship took place at Interlace Audio in Portland, Oregon.

“This studio was my first choice for an internship because the owner/producer, Kris Crummett, has worked on my favorite music since I was able to create my own opinion about music,” Pacas said. “When I arrived, vocal tracking was still taking place. It was difficult to remain professional in the presence of people I have looked up to for so long.”

Once all tracking was done, Pacas was tasked with “mix prep,” sample replacement, vocal editing, tuning and automation. While working on the new Dance Gavin Dance album, Pacas worked on music for several other artists at the same time. She would also complete other miscellaneous tasks, like creating and sending backing tracks for bands to use while they toured.

Pacas said she is grateful to have had the opportunity to work with “my favorite band and my favorite producer.”

“Kris was very good at teaching me his processes and explaining why he does them,” she said. “Not only did he teach me things about ProTools and plug-ins, but he gave me hands-on experience with outboard gear.

“I was very surprised with the trust Kris put in me to complete these tasks at a professional level,” she added. “Everything I learned at Interlace Audio will help me in the future and now while completing my senior project.”

SRT internships give students an opportunity to see the music industry “in motion and practice,” according to James Adams, program director. SRT majors are required to take on an internship in the summer after their third year of study.

“It also gives them a chance to put their best foot forward and begin establishing what is usually their first business relationships,” Adams said. “At SFA, we know that we can provide stellar world-class education in our classrooms, but we are aware that SRT majors need the real-world experience, beyond the walls of our institution, to further understand how their growing skills can be applied.”

Additionally, students can see what others are doing in the industry and learn of possible employment paths. Through daily hands-on experience at an active music business, students meet and work with individuals in a variety of positions in the music industry.

“All of our students have transformative experiences like Andrea and return to campus in the fall of their senior year excited and with a refined focus and passion for their studies,” Adams said. “The internships only give students a glimpse into the industry as a whole, but that glimpse is typically inspiring and a bit overwhelming at times. Still, it is a wonderful component of our degree program.”

Among the lessons she learned over the summer: “the importance of communication, keeping track of details and building relationships.”

Along with gaining skills that will advance her toward owning a recording studio, Pacas’ work within the SRT program at SFA has sparked some additional interests, such as video game music and film music composition. She thanked her family, friends, Professor Adams, Professor (James) Taylor, the SFA School of Music and Crummett for “helping me believe in myself and follow my dreams.”

“Their support means the world to me, and I hope I can continue to learn and use my skills to make great art,” she said. “As a first-generation Hispanic American woman, and part of the LGBTQ+ community, I hope to inspire people like me to believe in themselves and their dreams.”