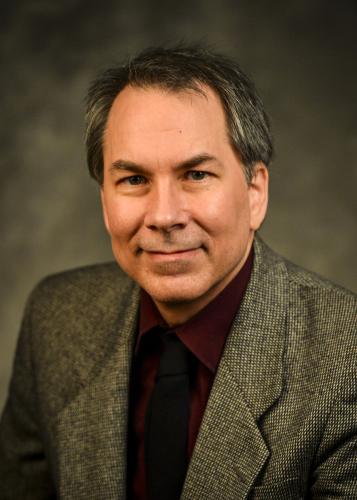 As part of the recognition, Taaffe received a $2,000 grant to support his research efforts.

“Winning the award is an honor for which I’m grateful, especially because there are so many first-rate scholars and teachers at SFA who deserve it as much or more than me,” Taaffe said. “I hope that this award reminds everyone that it’s not buildings, equipment and teams that enable a university to fulfill its mission, but rather the quality of the interaction between students and faculty.”

“Having three consecutive Regents Scholars demonstrates the uncontestable quality of our college’s faculty excellence and commitment,” said Dr. Mark Sanders, interim dean of the College of Liberal and Applied Arts. “This is not only a matter of an ongoing tradition for our college, it is a distinction that warrants celebration. I couldn’t be prouder of their achievements.”

Taaffe, who is in his 22nd year as a professor at SFA, has taught several classes at the undergraduate and graduate levels, and has served on a number of councils and senates, including the College of Liberal and Applied Arts’ College Council, Faculty Senate, and numerous department committees.

Along with his service to the university, Taaffe also has written eight books, most of which have centered around generals in various wars. His most recent book, “Commanding the Pacific: Marine Corps Generals in World War II” was published in September 2021.

“Dr. Taaffe is an extremely talented teacher. I have had occasion to read his students’ responses to instruction and, while he may hold students to high standards, they are excited about their studies with him,” Sanders said. “He has been a tireless advocate for the university and its faculty members, and his endeavors help to elevate the reputation of both the college and university.”

According to Sanders, since the inception of the Regents designation in the 1980s, the College of Liberal and Applied Arts has had 22 recipients.