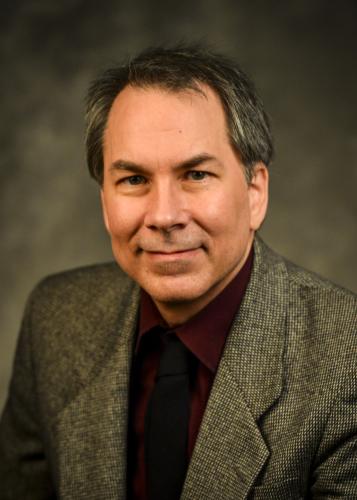 Published in September 2021, the book analyzes 15 high-ranking generals who led the Marine Corps' six combat divisions and two corps in conflict during World War II. The book discusses the indispensable and unheralded role these generals played in organizing, training and leading their soldiers to victory, despite relative anonymity in the public eye.

"I'm going to talk about why no one has ever heard of these Marine Corps generals," Taaffe said. "People have heard about Generals Dwight D. Eisenhower, Douglas MacArthur, Omar Bradley and even some Navy guys, like Fleet Adm. Chester Nimitz and Adm. Raymond A. Spruance. But if you ask someone to name one Marine Corps general, they couldn't give you one. I wanted to find out why those generals remain so anonymous to their Army counterparts."

Taaffe, who is in his 22nd year at SFA and was recently named the Regents Scholar for 2022-23, has written eight books, most of which have centered around generals in various wars. "Commanding the Pacific: Marine Corps Generals in World War II" is the first book Taaffe has written about Marines. According to Taaffe, the book took two years to research and one year to write.

"I hope the audience comes out of the talk with a better understanding of the Marine Corps and what role it played in World War II," Taaffe said.

The presentation is free and open to the public. Seating is limited to approximately 120 attendees. The presentation also will be streaming on the online meeting forum, Zoom, for those who cannot attend in person.

For more information about the presentation or to obtain the Zoom credentials, contact Dr. Hunter Hampton at hamptonh@sfasu.edu or Heaven Umbrell at heaven.umbrell@sfasu.edu. To learn more about SFA's department of history, visit sfasu.edu/history.