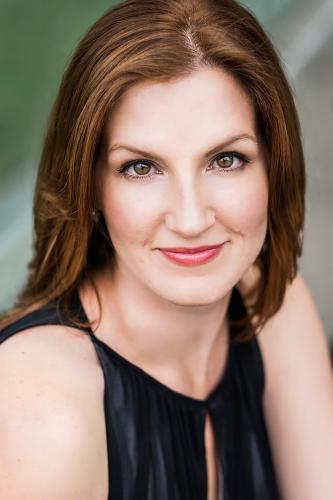 
NACOGDOCHES, Texas – Mezzo soprano Dianna Grabowski will be a featured soloist when the Pineywoods Camerata performs at 4 p.m. Sunday, Feb. 6, in Cole Concert Hall on the campus of Stephen F. Austin State University.

The Pineywoods Camerata is an SFA faculty-led, conductorless chamber orchestra, dedicated to period-informed performances of Baroque music, according to Dr. Jennifer Dalmas, professor of violin and viola in the School of Music and member of the ensemble.

“This is the first Pineywoods Camerata performance in four years, so we are excited to finally have this concert again,” Dalmas said.

Grabowski will perform as vocal soloist for BWV 170 by J.S. Bach. Described as “glamorous” and “glowing-toned” by the Dallas Morning News, Grabowski is an active performer of music spanning the Renaissance through the 21st century. She states she “particularly values the collaborative nature of classical singing, be it in chamber music, oratorio, opera, choral music, early music or new music.” As a concert soloist, she has performed with such groups as le Violon d’Ingres (Paris), Santa Fe Pro Musica, Dallas Bach Society, Bourbon Baroque and the Tulsa Oratorio Chorus. Among her more recent performances are singing with the New York Philharmonic and Grammy award-winning vocal ensemble The Crossing in the world premiere of “Fire in My Mouth” by Julia Wolfe. Grabowski sings frequently with other professional choruses such as the Santa Fe Desert Chorale and the Grammy-nominated ensemble, Seraphic Fire. Her opera roles have included the title role in Jacques Offenbach’s “La Périchole ”(with Opéra du Périgord), Diane in Jean-Philippe Rameau’s “Zéphyre” and Céphise in Rameau’s “Pygmalion” (with the Dallas Bach Society), and recently a workshop performance of a new operatic work by Leanna Kirchoff and Rachel J. Peters, “Friday after Friday.” She is married to Dr. Gregory Grabowski, conductor of the SFA Symphony Orchestra, and they reside in Nacogdoches with sons Ben and Sam.

The ensemble is composed of faculty and student string players and will also feature faculty members Christina Guenther, flute, and Graham Mackenzie, oboe, in the cantata, along with Grabowski. Maria Lyapkova will perform on harpsichord for each piece.

Other works on the program include “Merry” Suite in C major by Georg Philip Telemann and Concerto Grosso Op. 6 No. 4 by George Frederick Handel.

“Beginning with a stately overture, the Telemann suite is a charming collection of movements composed mostly in dance forms,” Dalmas said, adding that the Cantata BWV “Rest contented, beloved Soul” is “a beautiful work” for solo voice and orchestra, written in five movements that alternate between aria and recitative.”

Dalmas described the final piece on the program, the Concerto Grosso Op. 6 No 4, as “a wonderful example of Handel’s contribution to the genre, with its beautiful melodies and exciting fugal episodes.”