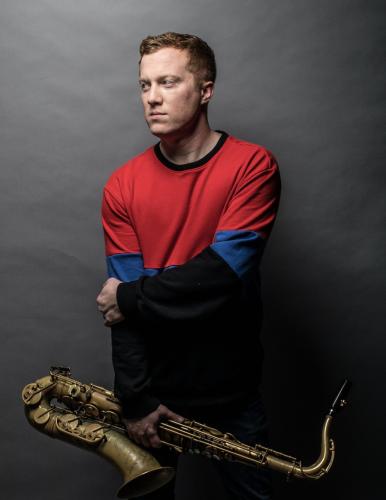 Saxophonist Adam Larson will join the SFA’s Swingin’ Axes jazz band when the Axes and Swingin’ Aces perform at 7:30 p.m. Friday, Feb. 25, in Cole Concert Hall on the SFA campus.


NACOGDOCHES, Texas – The Swingin’ Axes and Swingin’ Aces jazz bands at Stephen F. Austin State University will perform a variety of jazz styles when the student ensembles perform at 7:30 p.m. Friday, Feb. 25, in Cole Concert Hall on the SFA campus.

Directed by Dr. Deb Scott, professor of trombone at SFA, the Axes’ program will include a variety of styles including swing, funk and Latin music. Guest artist Adam Larson will be featured with the band. Larson, a saxophonist from New York and more recently Kansas City, has traveled the world playing jazz in such venues as the Bluenote, the Village Vanguard and many others. He has released five albums, including “Second City” from 2017, which was acclaimed by Down Beat and Jazziz magazines.

The band’s performance will feature songs by some of jazz’s most important composers including “Midnight Voyage” by Michael Brecker, arranged by Alan Baylock; “Go Go” by Bob Mintzer; “Mean What You Say” by Thad Jones; and “Bird Count” by Maria Schneider.

The Axes will also be featured in the Piney Woods Fine Arts Association’s season and will perform at 7 p.m. Thursday, Feb. 24, in the Crocket Civic Center. Larson will also join the band in that performance. For more information about the Crockett performance, visit pwfaa.org.