SFA’s ROTC offers classes and field training activities that will help you develop the real-world leadership skills you’ll need to succeed in your career and your life. While some of our graduates choose to pursue military careers after graduation, many of our ROTC and military science students pursue careers in the civilian world, in industries ranging from business and finance to law enforcement and nursing.

Check out what some of our former ROTC and military science students are doing with their skills and training. 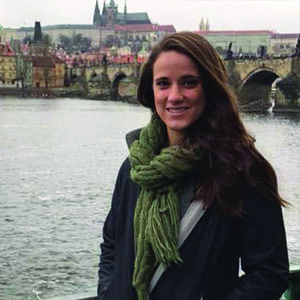 After she graduated from SFA in 2016, Lori Reeves graduated from U.S. Army Sapper School and became one of fewer than 100 active army sappers in the U.S. Army. Army sappers are combat engineers whose duties include demolitions, airfield construction, clearing minefields and building bridges. While at SFA, Lori was an active member of the SFA ROTC. 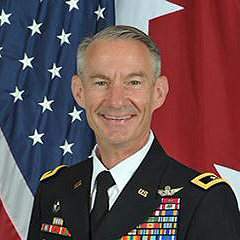 He commissioned through ROTC into military intelligence and is a Distinguished Military Graduate of SFA.

He holds masters’ degrees in National Security Strategy and Military Applied Arts and Sciences from the National Defense University and the Air University. He is a graduate of the military intelligence basic and advanced courses; the U.S. Army rotary-wing and fixed-wing courses; the U.S. Air Force Command and General Staff College; the National War College; and Ranger, Airborne and Air Assault schools. Hersey is a special operations qualified master aviator, rated in multiple rotary-wing and fixed-wing aircraft, with more than 3,700 total flight hours and more than 1,700 hours in combat and contingency operations.

His awards and decorations are typical of an officer of his rank and time in service. He is married and has two children. 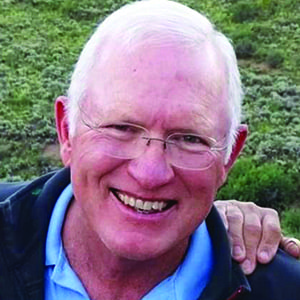 Nacogdoches native Mitch Weatherly was a member of SFA’s Lumberjack Cadet Battalion and was part of the first-ever ROTC commissioning class of 1970. After he left SFA, he became a helicopter pilot and spent a year flying missions in Vietnam. After the Army, he pursued a career in business and worked for Pier 1 Imports. He held the position of executive vice president of store operations when he retired from Pier 1 Imports in 2007.

In 2016, Mitch was inducted into the U.S. Army Command Cadet Reserve Officer Training Hall of Fame. He is one of just over 300 cadets to receive the prestigious award, which recognizes excellence in leadership.

Considering a nursing career? Army ROTC nurse cadets may qualify for unique scholarships and training programs that will prepare you for a career with the Army Nurse Corps.