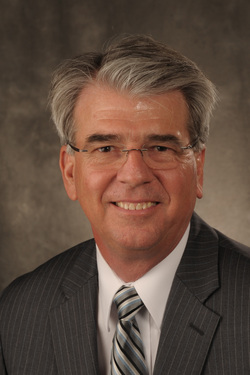 Yeiser joined the SFA faculty in 1999, having worked previously at the University of Arkansas at Monticello and the Arkansas Agricultural Experiment Station. He has held the T.L.L. Temple Chair in the SFA Arthur Temple College of Forestry and Agriculture for almost 12 years and is director of the university's Forest Resources Institute.

"Dr. Yeiser is quite renowned and in demand for his work in this area," Dr. Richard Berry, provost and vice president for academic affairs, said. "He's obviously a man who knows his business and knows how to communicate it."

Yeiser is recognized regionally, nationally and internationally as a leader in product development for woody and herbaceous plant control in southern forests. He received the 2006 Faculty Excellence and Achievement in Research award from the SFASU Foundation. In 2007, he was named a fellow of the Society of American Foresters, and in 2008, he was honored with the Research, Development and Innovation Award from the Texas Forestry Association.

He earned a Bachelor of Science in forest management and a Master of Science in silviculture, both from the University of Kentucky, and a Ph.D. in tree improvement from Texas A&M University. During his time at SFA, Yeiser has been published 178 times, given 186 presentations and acquired more than $4 million in grants.

"The most gratifying element of my work is the incorporation of undergraduates into the research process," Yeiser wrote in a letter to the Regents Professor Selection Committee after he was nominated for the award by his colleagues. "I will be proud to join the prestigious list of honorees already embodying the ideals of Regents Professor."