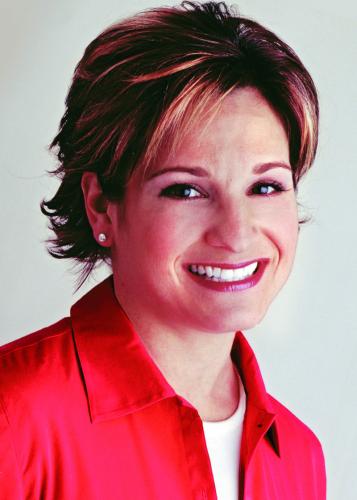 All-Around Gold Medal winner in women's gymnastics at the 1984 Olympic Games Mary Lou Retton will be the featured guest at the 2015 installment of the Archie McDonald Speaker Series at Stephen F. Austin State University, scheduled for 7:30 p.m. Monday, April 13, in the Grand Ballroom of the Baker Pattillo Student Center on the SFA campus.


NACOGDOCHES, Texas - Mary Lou Retton, who catapulted to international fame by winning the All-Around Gold Medal in women's gymnastics at the 1984 Olympic Games in Los Angeles, will be the featured guest at the 2015 installment of the Archie McDonald Speaker Series at Stephen F. Austin State University.

In addition to becoming the first American woman to ever win a gold medal in gymnastics, Retton won silver medals for team and vault, and bronze medals for uneven bars and floor exercise. Her five medals were the most won by any athlete at the 1984 Olympics.

The speaker series event is scheduled for 7:30 p.m. Monday, April 13, in the Grand Ballroom of the Baker Pattillo Student Center on the SFA campus.

"We are very pleased to have one of the most beloved American athletes of all time join us as our 2015 guest of the Archie McDonald Speaker Series," said Dr. Richard Berry, SFA provost and vice president for academic affairs. "Mary Lou Retton epitomizes what amazing accomplishments are possible when positive attitude, hard work and dedication meet. She is a role model to many."

Like previous guests of the series, Retton will be recognized at the event with the university's Lifetime Cultural Achievement Award.

In addition to her success at the Olympics, Retton's other athletic victories include being the only woman to win three American Cups (1983-85), the only American to win Japan's prestigious Chunichi Cup (1983), two U.S. Gymnastics Federation American Classics (1983-84) and the All-Around title at both the 1984 National Championships and Olympic Trials. Retton retired from competitive gymnastics in 1986.

Today, Retton is in demand as a motivational speaker and corporate spokesperson and travels the world as a "Fitness Ambassador" promoting the benefits of proper nutrition and regular exercise.

She serves as national chairperson and sits on the Board of Governors of the Children's Miracle Network. Retton was a commentator for NBC at the 1988 Olympic Games and wrote a daily column for USA Today at the 1992 and 1996 Olympics.

At the 1996 Olympics in Atlanta, Retton served as an on-air reporter for Gannett Broadcasting's NBC affiliates, the largest NBC affiliate group in the United States. Retton also co-hosted the weekly television series "Road to Olympic Gold."

Retton is author of "Mary Lou Retton's Gateways to Happiness: 7 Ways to a More Peaceful, More Accomplished, More Satisfying Life." She has appeared in the motion pictures "Scrooged" and "Naked Gun 33 1/3" and has made appearances on television shows, including "Guiding Light," "Knots Landing," "Dream On" and "Baywatch."

In 1994, the U.S. Olympic Committee established the annual Mary Lou Retton Award for athletic excellence. In 1995, first lady Hillary Rodham Clinton presented Retton with The Flo Hyman Award in recognition of Retton's spirit, dignity and commitment to excellence. Retton was selected as a member of the official White House delegation representing the president at both the 1992 and 1998 Olympic Games.

McDonald taught history at SFA for 48 years and served as director of the East Texas Historical Association and editor of the association's journal for 37 years. He was a past president of the Texas State Historical Association, past vice chair of the Texas Historical Commission and author/editor of more than 20 books on historical topics. Along with teaching, McDonald served as the university/community liaison for SFA, was a weekly commentator on Red River Radio in Shreveport, and wrote a weekly column for "The Daily Sentinel" in Nacogdoches and other newspapers. He passed away on Aug. 16, 2012.

SFA's Student Government Association sponsors the speaker series, which is free and open to the public. Passes may be obtained at the Involvement Center on the first floor of the Baker Pattillo Student Center or at the downtown Visitors Bureau. For more information, call (936) 468-5406.