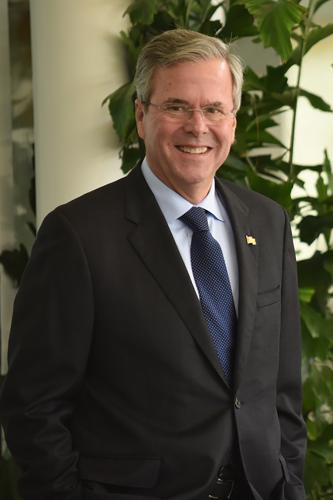 “We are so pleased to launch the Nelson Rusche Distinguished Lecture Series by featuring as our speaker such a notable and accomplished businessman and politician,” said Dr. Tim Bisping, dean of SFA’s Rusche College of Business.

“Mr. Bush’s business acumen combined with his extensive policy experience should yield a unique perspective attendees will find both interesting and useful,” Bisping said. “His substantial and varied leadership background will be especially beneficial to SFA students as they work toward achieving their academic and professional goals.”

Prior to the speaker series, the university will host the SFA Leadership Summit from 2 to 3:30 p.m. Thursday, Nov. 3, in the Baker Pattillo Student Center Theater on the SFA campus. This free event will feature a panel discussion with seven successful alumni about leadership principles and business and corporate issues.

Bush was elected the 43rd governor of Florida in November 1998 and re-elected in 2002 to become the state’s first two-term Republican governor. He is the son of former U.S. President George H.W. Bush and Barbara Bush and the brother of the 43rd President of the United States George W. Bush.

Born in Midland, Texas, Bush grew up in Houston. In 1973, he graduated from the University of Texas at Austin with a degree in Latin American Studies. Bush moved to Florida in 1981, where he started a small real estate development company, which grew to become the largest, full-service commercial real estate company in South Florida. In 1987 and 1988, Bush held his first government post, serving as Florida’s secretary of commerce under Bob Martinez, Florida’s 40th governor. As secretary of commerce, Bush promoted Florida’s business climate to the world.

Later, Bush founded the nonprofit Foundation for Florida’s Future, which joined forces with the Urban League of Greater Miami to establish one of the state’s first charter schools. He also co-authored “Profiles in Character,” a book about 14 of Florida’s civic heroes — people making a difference without making news. Additionally, he co-authored “Immigration Wars: Forging an American Solution.”

He authored “Reply All,” in October 2015, which tells the story of his governorship through email exchanges with his staff members, the media and the Floridians he served.

Bush ran for the Republican presidential nomination in 2015. He currently lives in Miami with his wife Columba. The couple has three children and four grandchildren.