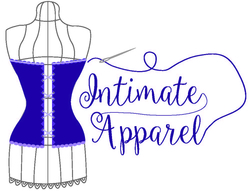 Despite strides made throughout the decades to improve women's rights, gender bias continues to create barriers for many women who still must struggle with equal economic opportunities and gender-based violence. This ongoing struggle takes center stage when the Stephen F. Austin State University School of Theatre presents Lynn Nottage's award-winning play "Intimate Apparel" Tuesday through Saturday, Feb. 28 through March 4, in W.M. Turner Auditorium on the SFA campus.

NACOGDOCHES, Texas - Despite strides made throughout the decades to improve women's rights, gender bias continues to create barriers for many women who still must struggle with equal economic opportunities and gender-based violence.

Set in 1905, the play is about Esther, a black seamstress who sews intimate apparel for clients who range from wealthy white patrons to prostitutes. Trapped between high society and its sordid shadow world, her heart is constrained by race, religion and class. Throughout her story's suspenseful turns, her resilience reflects America's enduring hopefulness, according to the School of Theatre's guest director, Jiles R. King II.

Dr. Dianne E. Dentice, associate professor of sociology at SFA, commented on how the timeless intersections of race and gender play out in Nottage's work.

"During the time of the play (1905), American women still did not have the right to vote," Dentice said. "African American women in the South were still in bondage, even though slavery had ended back in 1865 with the end of the Civil War. White women, even with higher-class status, were not on equal status with men."

Although these are just a few examples of gender bias that characterized that time in America's history, women of color - especially African American women - have always had to deal with "double jeopardy," Dentice said, " … gender and race."

"Although Esther was technically illiterate, she was artistically talented, and her ability to sew spectacular undergarments was in demand," Dentice said. "Her character was appealing on other levels, as well. She was well liked by her peers and her clients, many of whom were upper class women. She also knew how to navigate the spaces where her work took her - brothels, nice homes of proper ladies, fabric shops.

"Esther and the other African American female characters in the play were survivors who refused to let barriers keep them down," she said. "They dealt with problems they encountered head on, and they never looked back."

Working class women of all races and ethnicities are fighting alongside their male counterparts for a living wage. Looking at the Black Lives Matter movement, Dentice believes parallels can be drawn historically between abolitionists and suffragists.

"Black women wanted the right to vote just like their white sisters, but they also understood the impact of racial oppression on the life chances of families of color," she said. "They were not willing to throw their men under the bus just to make a point. It has always been difficult to tease out gender from race for historically disenfranchised groups like African Americans.

"To say we are living in some interesting times is an understatement," she continued. "Women of all races and ethnicities and socioeconomic statuses have got to become more active if we are going to promote positive social change that will benefit all Americans."

Dentice will be among the participants in an interdisciplinary discussion that will take place immediately following the Friday night performance of "Intimate Apparel." The exchange will be between the director and several SFA faculty members regarding the socio-economic concepts the play has regarding race, gender and class and the roles they play in the story. The discussion will be in Griffith Gallery, located across the hall from Turner Auditorium.

Winner of the 2004 New York Drama Critics Circle and the Outer Critics Circle Awards, "Intimate Apparel" will be presented at 7:30 nightly. Turner Auditorium is located in the Griffith Fine Arts Building. The play is recommended for mature audiences. A content advisory may be viewed at www.theatre.sfasu.edu.