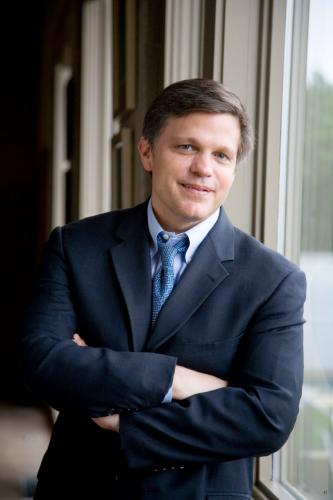 
Note: This event was rescheduled due to inclement weather

Originally slated for Sept. 14, the event was postponed due to inclement weather.

Brinkley’s presentation will highlight his experiences with one of the most renowned study away programs in the country’s history — the American Odyssey tour. He will talk about the benefits of seeing America to help better understand its complicated past and its complex present. Brinkley will address how transformational these experiences were and the adventures he had along the way.

While teaching at the U.S. Naval Academy in Annapolis, Brinkley spearheaded the American Odyssey course. He took students on a natural-gas-powered bus on numerous cross-country treks where they visited historic sites and met cultural icons, including Arthur Miller, Toni Morrison, Jimmy Carter, Morris Dees, Ken Kesey, John Kenneth Galbraith and William S. Burroughs. The class was written about in The New York Times and dozens of other newspapers. The Associated Press wrote, “If you can’t tour the United States yourself, the next best thing is to go along with Douglas Brinkley aboard ‘The Majic Bus.’”

“Stephen F. Austin State University is one of my favorite campuses to visit,” Brinkley said. “I’m excited to tell students and faculty about my American Odyssey tours. I’m glad to know that the spirit of ‘The Majic Bus’ is still alive and well in the age of Covid.”

Dr. Sarah Straub, SFA assistant professor of education studies, was instrumental in bringing Brinkley to SFA. In what Straub considered a “shot in the dark” moment, she reached out to Brinkley after reading one of his books. The pair corresponded, and a friendship was formed.

“While (Brinkley) is impressive on so many levels, I connected with his adventurous spirit and love of learning through the transformational experiences he creates for his students,” Straub said. “Those who attend this talk will leave ready to start their own adventures.”

Brinkley’s presentation helps support Straub’s recruitment initiatives for her own study away program in spring 2022, which is funded in part by the President’s Innovation Award. Brinkley’s visit to SFA marks the second time he’s served as a guest speaker on the campus. He headlined the Archie McDonald Speaker Series in spring 2017.

Brinkley also has been involved in the environmental conservation and historic preservation community. He has held board or leadership advisory roles in support of the American Museum of Natural History, Yellowstone Park Foundation, National Audubon Society and the Rockefeller-Roosevelt Conservation Roundtable. In 2016, the U.S. Fish and Wildlife Service honored him with its Annual Heritage Award.

A side passion of Brinkley’s is music, winning a Grammy Award in 2017 in the best jazz ensemble category as co-producer for “Presidential Suite: Eight Variations on Freedom,” and he was nominated for a Grammy Award for “Gonzo,” a collaboration with Johnny Depp.

Brinkley has been a frequent contributor to publications such as Vanity Fair, The New York Times, The New Yorker and The Atlantic Monthly. He also serves on the board of trustees at Brevard College and the Franklin D. Roosevelt Presidential Library.

He completed his bachelor’s degree at Ohio State University and received his doctoral degree in U.S. diplomatic history from Georgetown University in 1989. He then spent a year each at the U.S, Naval Academy and Princeton University teaching history.

The presentation is free and open to the public. Seating is limited to approximately 150. Face coverings are strongly encouraged but not mandatory.