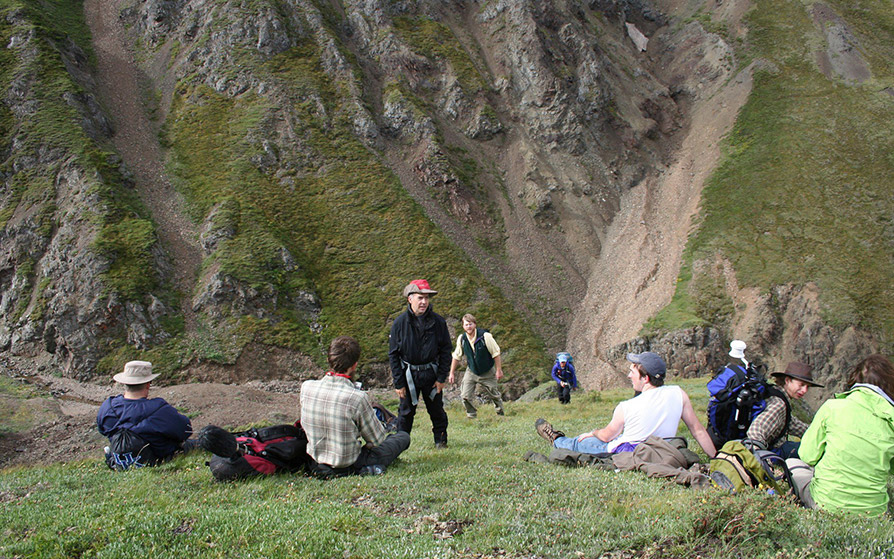 "I know that when my pieces are performed, most people in the audience will not have the opportunity to visit Gates of the Arctic or Denali or Big Bend. But through my music, I hope they get to experience the park vicariously."

The compositions, one for band and two for orchestra, are the latest in a series of chamber and concert works by Lias evoking the wildlife, scenery, danger and cultural history of America's national parks. Earlier works from the series have been performed nationally and internationally, often by his fellow faculty members in the SFA School of Music. His 2011 work "Denali" for string orchestra was premiered in Texas by the Chamber Orchestra Kremlin from Moscow and later performed inside the national park by the Fairbanks Summer Arts Festival Orchestra. The performance represented the first time an orchestra had been invited to perform within the boundaries of the national park.

"My process is to immerse myself in the iconic experience of a particular park — backpacking, kayaking, rafting or whatever it may be," explained Lias, who earned his Master of Arts in Music from SFA in 1991. "Mostly, I want to capture the experience of that unfolding adventure, writing music that really reveals what happened and how it felt to be out in the wilderness."

Lias' artist-in-residence experience in Alaska in the summer of 2015 was made possible through a faculty research grant awarded by the SFA Office of Research and Sponsored Programs. He also has been granted a faculty-development leave for the 2016 spring semester to work on the compositions, which he says will take up to a year to complete.

Dr. Carrie Brown, director of research and sponsored programs at SFA, said research grants like the one Lias received serve both to develop faculty members and to positively impact student learning.

While visiting the national parks, Lias says, he rarely spends time actually composing but rather focuses more on getting the most of his wilderness experience. Once back in Nacogdoches, he relies on his journal notes, poetry and thousands of digital photos to keep his memories fresh while working on the pieces at home or in his SFA office.

"Sometimes musical ideas do start to form in my head while I am there, but that is the exception to the rule," he said. "Sometimes I'm journaling what my thought process is, sometimes it's simply what I did that day, and other times it's little sketches of musical melodies or just shapes on a page to show I want a big splash of brass instruments playing something staccato followed by percussion going boom, boom, boom, boom. And I'll just scribble things on the page to try and capture those ideas so I don't lose them."

"The neat thing about musical artists-in-residence is that, when someone creates a painting, they do it by themselves. But when someone composes a piece of music, other people get to play it. The music lives on as it is played by different musicians, and people listening to it in Texas or Indiana or Virginia get to feel what it's like to be in Alaska.

While in Alaska, Lias also spent a week serving as instructor to nine other composers from around the world in the first-ever "Composing in the Wilderness" field seminar sponsored by Alaska Geographic, Denali National Park and the Fairbanks Summer Arts Festival. Guided by Lias, the composers spent four days in the Denali wilderness composing music that was performed live by professional musicians just a few days later.

"The places we were and the music that was created just took my breath away," said Lias, who returns to Denali to lead the seminar again in the summer of 2016. "It was simply magic and totally unforgettable."