Football, craft beer, books and graffiti: Business professor at home with the headlines 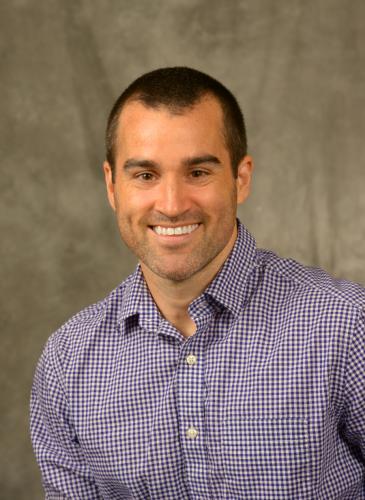 Drew Thornley, assistant professor in the Rusche College of Business


NACOGDOCHES, Texas — Looking at the current state of college football, Dr. Drew Thornley, a professor in the Stephen F. Austin State University Rusche College of Business, sees a land of shattered dreams. Due to the disruptions of COVID-19, gridiron titans like the University of Alabama have opted for condensed, conference-only schedules, dumping games with non-conference schools like Georgia State, Kent State and the University of Tennessee at Martin.

While it makes sense for teams like Alabama, it’s heartbreaking – and financially ruinous ¬– for the Georgia States of the world, which rely on paid road games against name brand teams to fill the coffers of their athletic departments. So, as the season unfolds, and as the economic realities of COVID-19 increasingly emerge, Thornley expects a tsunami of lawsuits, many of them revolving around force majeure ¬– a provision that pertains to unforeseen circumstances that prevent fulfillment of a contract.

It’s a big national topic and one with entrenched interest, and Thornley is eager to lead the discussion.

Even as Thornley contemplates the pandemic’s cataclysmic effect on college football’s network of game-day contracts, he’s also thinking about craft beer, and how that industry, exchanging its collegial culture for a business-oriented one, is undergoing profound changes of its own.

Based on the strength of his craft beer industry article, “Litigation, Not Collaboration: The Changing Landscape of Trademark Disputes in the Craft-Beer Industry,” published in 2017 in the Marquette Intellectual Property Law Review, the editor at The University of the Pacific Law Review has asked Thornley to pen another article for an upcoming special edition dedicated to beer. Though Thornley has yet to determine exactly what he’ll write about, he’s planning on writing something for the publication.

Indeed, this fall it’s football and beer, a classic combination. But in Thornley’s case, it’s about the academics, not just the big-screen TV and the primetime kickoff at the Sugar Bowl.

“People want to read about things that they find interesting,” he said.

In terms of Thornley’s tenure-track career as a researcher and writer, fall will be an important moment. And it will also serve as a fitting end to a strong year. In the spring, his article, “The Copyright Act’s Mandatory-Deposit Requirement: Unnecessary and Unconstitutional,” appeared in the Loyola of Los Angeles Law Review. The article centers on the plight of Virginia-based Valancourt Books, which specializes in the recovery and re-release of rare and out-of-print fiction, as well as gothic, horror, supernatural fiction and LGBT-interest titles.

The United States Copyright Office contacted Valancourt in 2018 to notify the publisher that it was not in compliance with the regulation that two physical copies of a book be deposited with the federal government within three months of the publication date. For Valancourt, which does print-on-demand only and has more than 400 titles in its catalogue, meeting the regulation would have been disruptive and cost prohibitive. Rather than comply, Valancourt sued in federal court. The case is ongoing.

In his paper, Thornley argues that the Copyright Act’s mandatory-deposit requirement is unconstitutional and unnecessary on three grounds: it violates the Fifth Amendment’s Takings Clause and Due Process Clause along with freedom of speech enshrined in the First Amendment.

“Publishers are not treated equally under the law when they are forced to speak, while certain others are not,” Thornley wrote. “The disparate treatment – the unequal protection under the law – of publishers is clear. What is left to decide is whether such unequal protection is constitutionally permissible, under strict-scrutiny review. It is not.”

Blessed with the academic freedom to pursue his interests, and not a specified framework of topics, Thornley writes about what catches his eye. And one such case, originating in New York City, did just that.

In a 2019 piece in the Cleveland State Law Review, “The Visual Artists Rights Act’s ‘Recognized Stature’ Provision: A Case for Repeal,” Thornley argued that the “recognized stature” clause, as it relates to paintings, drawings, prints and sculptures, should be repealed because the term is exceedingly subjective, hard to define and, perhaps most importantly, can be used to override a property owner’s rights.

The article is based on the extraordinary saga that unfolded through the '90s and early 2000s. The owner of an old factory known as 5Pointz allowed a renowned graffiti artist to coordinate the spray-painting of many murals by an assortment of artists on the building’s walls – and ended up paying some of those aerosol artists a combined $6.75 million in damages because the court said he whitewashed graffiti of “recognized stature” before demolishing the building.

In a blunt assessment of what happened at 5Pointz, Thornley wrote, “Nothing about this outcome comports with traditional rules of property law or contract law.”

While Thornley, a Harvard Law School graduate in his sixth year at SFA, writes about a wide range of issues, his articles are all related in that they focus primarily on property rights and contract rights – and the need to protect them.

“I’m a big fan of fundamental freedoms,” he said.