Above image: Comprising six separate ranches, the East Foundation is located within the ecological region known as the Coastal Sand Plains or the South Texas Sand Sheet. Visitors to this region discover the unique confluence of coastal prairies and marshes, as well as dense South Texas shrubland. Pictured is one of the migrating sand dunes located on the foundation's El Sauz Ranch. The dunes, the highest elevation being about 800 feet, are created by sand blown inland from the Gulf of Mexico. Photo by Wyman Meinzer

Bouncing along the sandy roads that weave through the East Foundation's 27,000-acre El Sauz Ranch, Dr. Neal Wilkins '84 punctuates his discussion of the ranch's history by pointing out wildlife that stirs at the sound of the all-terrain vehicle approaching. While there is no shortage of wildlife sightings during the drive — nilgai (a non-native antelope species introduced to Texas in the 1930s), Rio Grande wild turkeys and crested caracara — one key species remains unseen, awaiting nightfall in the dense South Texas shrubland.

Standing atop a towering sand dune, Wilkins gestures to the expanse of oak shrubland below. "This is the last domain of the ocelot," Wilkins said. "The largest single population remaining in Texas — in the United States — is right here on this property."

Wilkins' career of more than 30 years in natural resources and wildlife management is highlighted by a track record of confronting ecological challenges. Past research subjects include several endangered species, as well as the challenges posed by land fragmentation on conserving wildlife habitats and agricultural sustainability in Texas.

As president and CEO of the East Foundation, Wilkins leads the mission of one of the largest native rangeland holdings in Texas. The foundation, comprising six separate working ranches totaling more than 217,000 acres, promotes the advancement of land stewardship through ranching, science and education. The foundation's properties operate as a working beef cattle ranch while also serving as a living laboratory where scientists tackle vital questions related to wildlife management, rangeland health and ranch productivity.

Because more than half of the remaining U.S. ocelots are found on East Foundation properties, the recovery of this endangered species is a key research and conservation initiative.

Larger than the common house cat, but slightly smaller than a bobcat, ocelots once roamed most of Texas, as well as portions of Arizona, Arkansas and Louisiana. In the U.S., the species known for its cream-colored fur and striking brown and black markings now number fewer than 80.

While the fur and pet trades are contributing factors to historic ocelot population decline, overwhelming habitat loss and fragmentation due to agricultural and urban development is the leading factor in this species' struggle to survive.

"We have somewhere in the neighborhood of 35 to 40 ocelots on the El Sauz Ranch, and we recently helped produce a feature film titled ‘American Ocelot,'" Wilkins said. "It lays out what we think is the plight of the ocelot and the path to recovery in Texas on private lands."

The East Foundation also is working with scientists at the Caesar Kleberg Wildlife Research Institute and partners at the Cincinnati Zoo to ultimately develop a breeding program utilizing semen obtained from male ocelots on the foundation's properties. Their plan is to establish a captive breeding program with resulting ocelots to be reintroduced to suitable habitats elsewhere in the wild.

While the largest threats to the remaining ocelot population are human driven, including habitat loss and vehicle collisions, Wilkins stresses the fact that one significant natural disaster could wipe out the entire remaining population.

In July 2020, Hurricane Hanna made landfall in South Texas, moving directly over the center of ocelot habitat. Thankfully, the Category 1 storm only produced a roughly 3-foot storm surge. Just one month later, Category 4 Hurricane Laura made landfall along the Texas and Louisiana coasts, bringing with it a storm surge of more than 17 feet.

"Most wild ocelots in Texas live in habitats below 20 feet in elevation," Wilkins noted. "If Hurricane Hanna had been as powerful as Hurricane Laura, we probably would not be talking about ocelots today. You can knock out an isolated population with one single hurricane, so we're living on borrowed time."

As with many in the field of natural resources, Wilkins' passion for nature began during childhood.

"Every single opportunity my parents had when I was growing up, we were on the road with our tent or camper headed somewhere in Colorado, New Mexico or Texas," Wilkins said. "I was just completely fascinated by the natural world."

That fascination led Wilkins to pursue a Bachelor of Science in Forestry at SFA and ultimately took him across the globe.

After earning a master's degree from Texas A&M University and a doctoral degree from the University of Florida, Wilkins worked for Port Blakely Tree Farms, a family-owned timber company in the Pacific Northwest. The company soon expanded its forested footprint to New Zealand.

"I would spend six to seven weeks at a time in New Zealand helping manage our assets, and since I was in charge of our wildlife and environmental compliance, we had to negotiate with the indigenous Māori people," Wilkins said. "A lot of their concerns were conservation related."

Back in Washington and Oregon, Wilkins led the company's efforts to conserve important fish and wildlife resources while maintaining sustainable timber harvests across more than 100,000 acres of private forestlands. This included the development of one of the region's first habitat conservation plans for northern spotted owls and other species of concern.

In 1998, Wilkins and his wife, Sandra, eventually returned to Texas where he served as a professor at Texas A&M and directed the Texas A&M Institute of Renewable Natural Resources and the Texas Water Resources Institute until 2012.

Although no longer a professor, Wilkins continues to serve as a mentor in his current leadership role, placing great emphasis on cultivating the next generation of natural resource professionals.

While much of this is done via the numerous graduate research projects occurring on East Foundation properties, it also includes investing in underserved South Texas communities to help ensure school-age children are exposed to science and the outdoors.

The foundation's Behind the Gates program brings thousands of students from across South Texas to East Foundation properties to participate in interactive science lessons and outdoor learning experiences.

Wilkins attributes the success of the East Foundation's programs to a staff of talented managers and scientists who are wholly dedicated to the foundation's mission.

"Somebody somewhere in the United States is training the next U.S. Department of the Interior secretary," Wilkins said. "Somebody is training the next administrator of the Environmental Protection Agency, the next chief of the U.S. Forest Service, the next director of the U.S. Fish and Wildlife Service. Nobody is doing it on purpose. We're trying to be an outfit that is doing it on purpose." 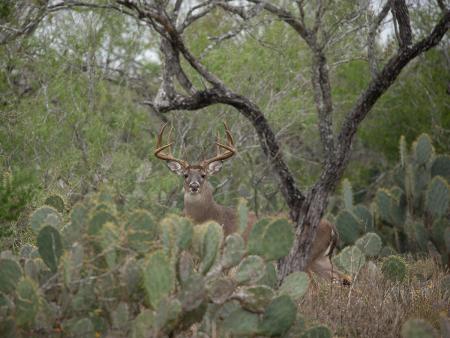 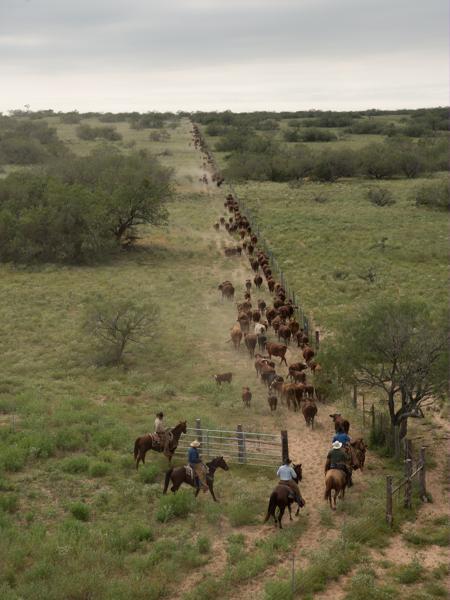